Last year, we were thrilled to have Countess Ablaze as one of our door prize sponsors. Lyndsey is back again this year, and this time around she's done mini skeins for the goody bags. They arrived yesterday, and are so gorgeous as to perhaps necessitate a future intervention at Rachel's house in order to liberate them for all of you. 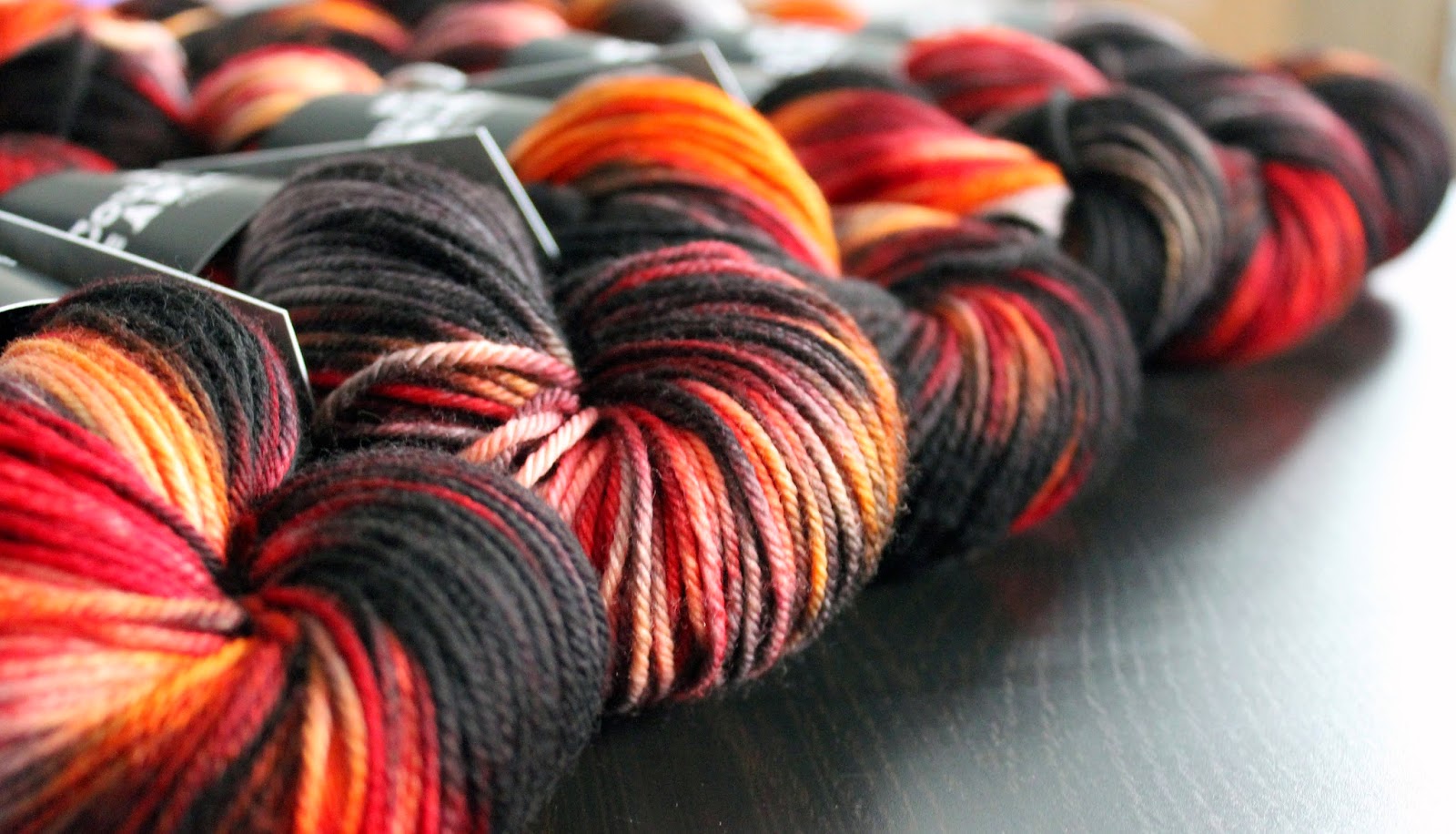 Countess Ablaze specializes in gloriously bold and saturated colours. This year, she's been running a year long monthly themed update called The Twelve Caesars Collection, which includes one-of-a-kind yarns (and fibres - swoon!) that are snapped up in the blink of an eye. 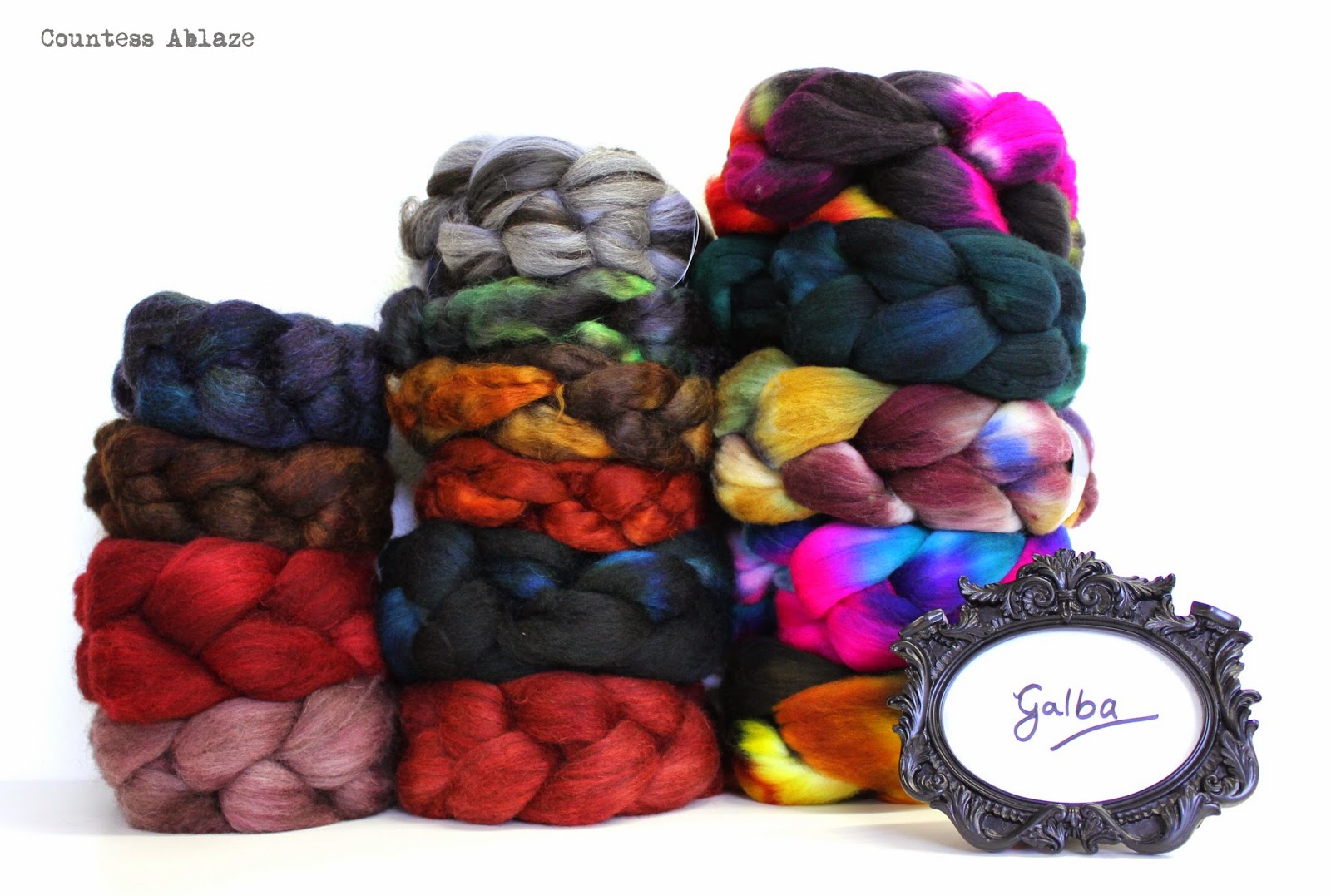 Next year, she's got plans for another year long collection, so stay tuned to her website for more information. 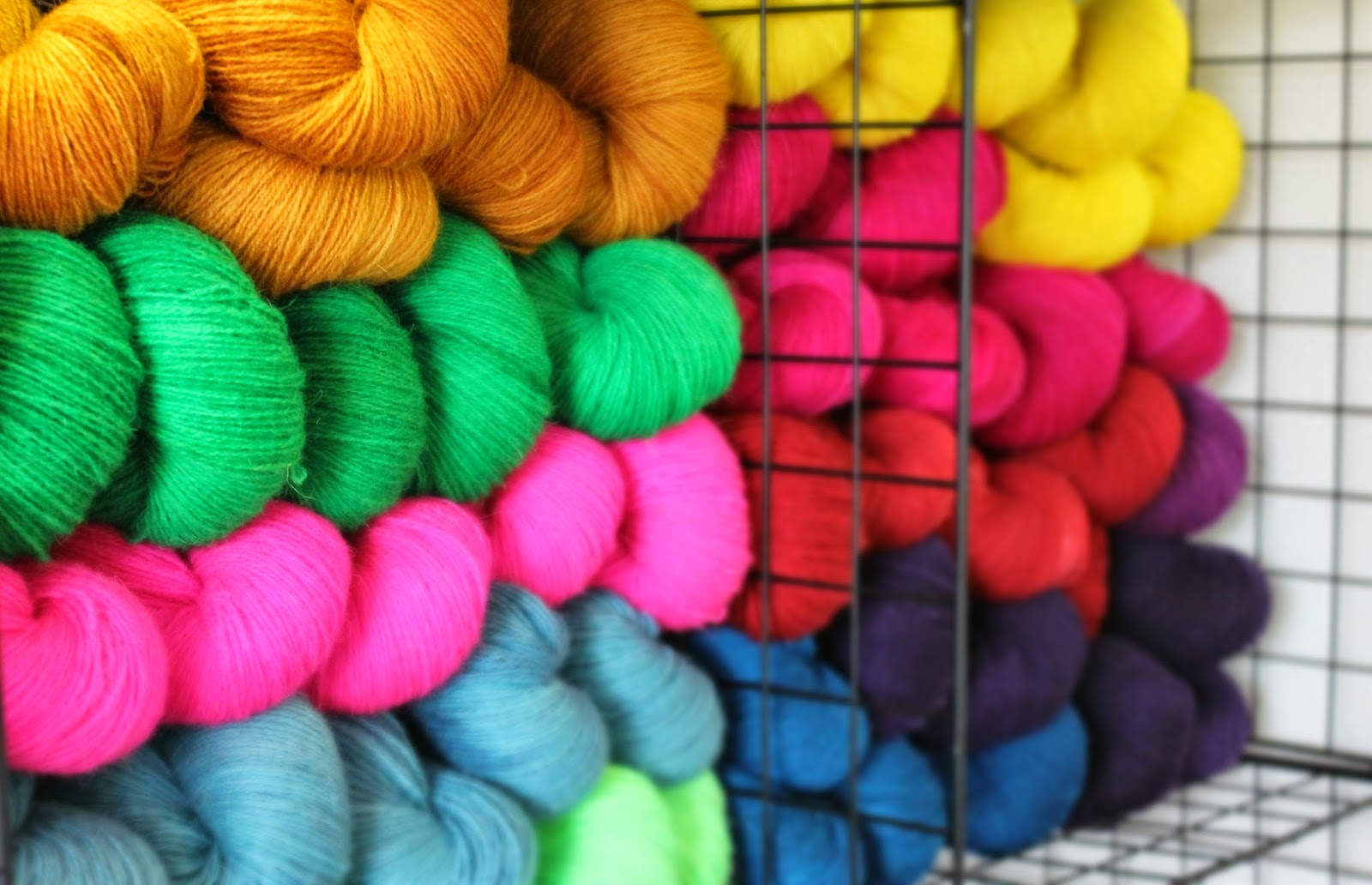 In addition to luxury yarns, Countess Ablaze also dyes British breed yarns, including North Ronaldsay, Hebridean and a gorgeous BFL/massam blend. The mini skeins that she sent cover a variety of her bases, including The Rt, Hounourable Ronaldsay, Tia Merino, Lady Persephone Sock, The Bluefaced Baron and The English Gentleman. 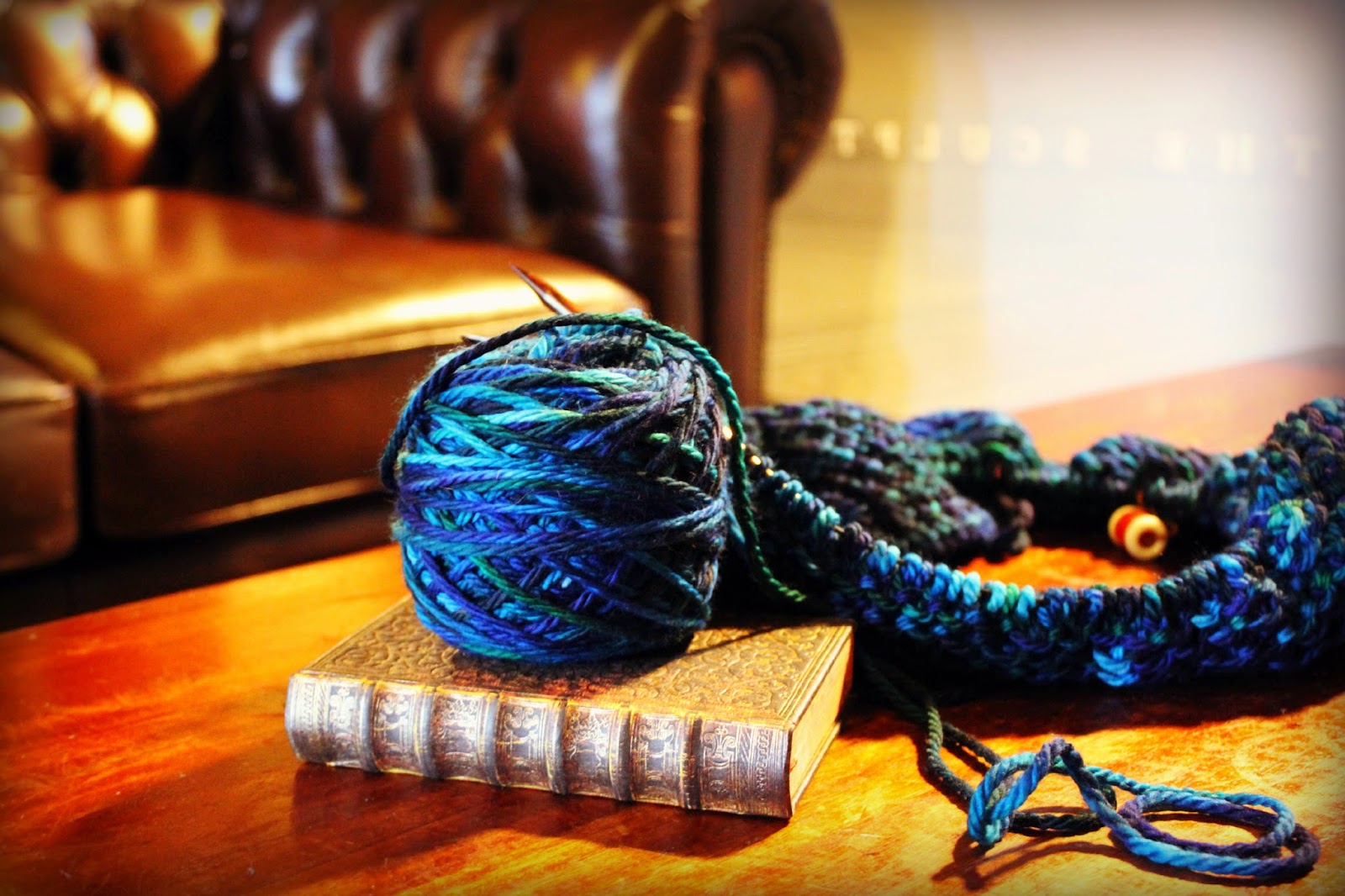 Sadly, Countess Ablaze doesn't exhibit at shows, but she does hold open studio days - her next scheduled open day in September is all booked up, but there will be more in the future.

You can find Countess Ablaze on her website, her Ravelry group, and on Facebook. Thank you so much to Lyndsey for her continued support, and look forward to finding some of her fabulous yarn in your goody bag in September!
Posted by GLYC at 11:30

Email ThisBlogThis!Share to TwitterShare to FacebookShare to Pinterest
Labels: are you ready to pet some yummy yarn?, goody bags, sponsors, yarn in the city